You are here: Home › anti-fascism › Brief History of the “Ermino Ferretto” Proletarian Brigade 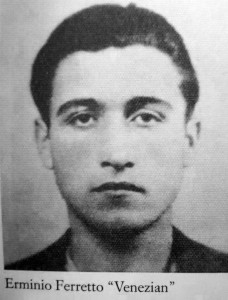 The “Ermino Ferretto” Proletarian Brigade took its name from a partisan who fell in the Resistance.

It was formed in 1972 in Mestre in the context of the autonomous struggles which developed in that period in the petrochemical and other factories of the Venetian industrial zone.

On the 26th of May this formation carried out a night time burglary of the offices of the fascist union CISNAL in Mestre accusing it of “organizing strike breaking and anti-worker provocation” and expropriating the cyclostyle and membership list.

In 1974 some militants of the organization join the Red Brigades and it ceases to exist.