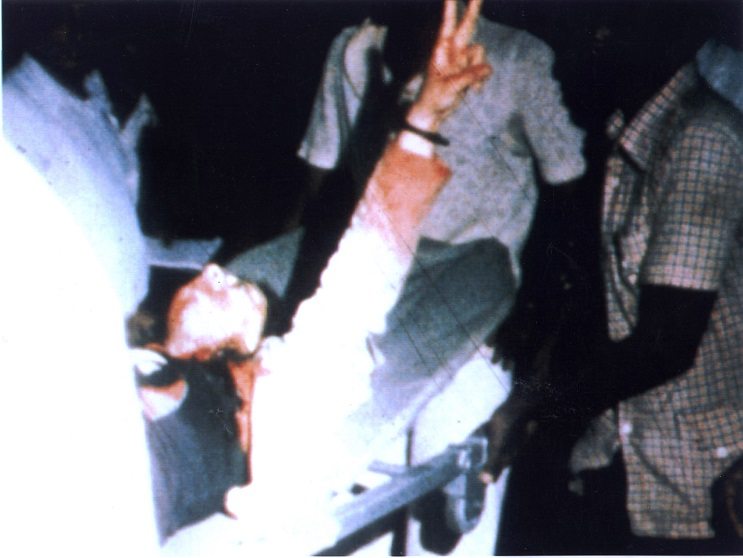 The “other worker’s movement”[1] in Italy has felt the defeat in Stammheim as its own, in the identity of the goal of its struggle with that of the comrades from the RAF

The militant response to the Stammheim murders (which we provide an incomplete chronology of below) is a fact of first importance for our times. It is probably the first time that on a common timetable and with an international scale the European “other worker’s movement” has made its appearance, in the form, embryonic and rough, of the party, the organization of attack. It is not a matter of spontaneity-not even of that new dense and structured spontaneity, which is increasingly manifest as the movement of proletarian self valorization. But rather of something which has a specific relation with this, a relation which we insist on calling the party.

No doubt in a way that is differentiated and unequal in the different situations. Certainly in a way that is more allusive then real: considering that the territorial diffusion of the response, the precision in its targeting and its technical homogeneity, cannot compensate for that capacity of political command and independent determination of levels of attack proper to fully articulated political organization.

Beginning with an assessment of the nature and quality of the militant response in recent days, in order to evaluate the significance of the Stammheim events can seem like a total logical inversion. But for us it seems like the only politically correct way to pose the question. First of all to avoid a kind of vaguely masochistic and macabre inclination which periodically takes hold of the movement (or better some sectors of it who are “opinion leaders”) in timely correspondence with every defeat we are compelled to experience in any part of the world (from Greece to Chile to Portugal…). Secondly to denounce the shameful contortions of those who have handled this whole affair without ceasing even for a moment in their proclamations on the insanity of the RAF comrades and the frontal contradiction of their positions with the interests of the movement. How have these people judged the scores of actions in response to Stammheim? At best as an expression of “indignation”!

The reality is that the movement has experienced the “defeat” of Stammheim as its own: but has also reacted with an attitude which-for the few among us who retain an affection for the sacred images of our tradition-recalls that of Vladimir Ilyich Lenin on the execution of Alexander Ilyich: “we follow another path”. A judgment which presupposes a complete agreement on the objective of the struggle and a close political fraternity. The comparison does not seem pathetic or out of place. The ferocious hubris of German political circles on this occasion really recalls the savagery and at the same time the inner fragility-of the worst Russian autocracy.

A fragility which firstly concerns the situation in Germany itself. Too many voices have already been heard gloomily diagnosing the end of the movement in Germany. We don’t have sufficient information to hazard a judgement. But we have the sharp impression that the massive anticipatory repression coldly put into action by German social democracy, which has already been exposed as completely disproportionate, has reopened a real political debate, which is beginning to come to grips with the crucial issue of the RAF experience.

Secondly and primarily, it is a fragility in relation to the European movement in its totality. We will not repeat for the thousandth time an analysis of the role to which the German political elite aspires, supervising in first person a gigantic operation of restructuring and social pacification. We will not repeat the analysis of the significance of the “German model”, in this case exposed as never before in all its monstrosity.

What we are interested in emphasizing now is the healthy class instinct of a movement which has not even taken into consideration the alternative which the whole of social democracy-eurocommunism in the lead-has proposed (either Brandt or Strauss). It has clearly identified the looming dangers: on the one hand a “German” degeneration of individual national situations, on the other a ghettoization along the lines of a gigantic Londonderry.

A real proletarian internationalism is once again in motion. The militant antifascism of this period is only a symptom; it is up to us to make it an endemic and mortal disease for the bosses.