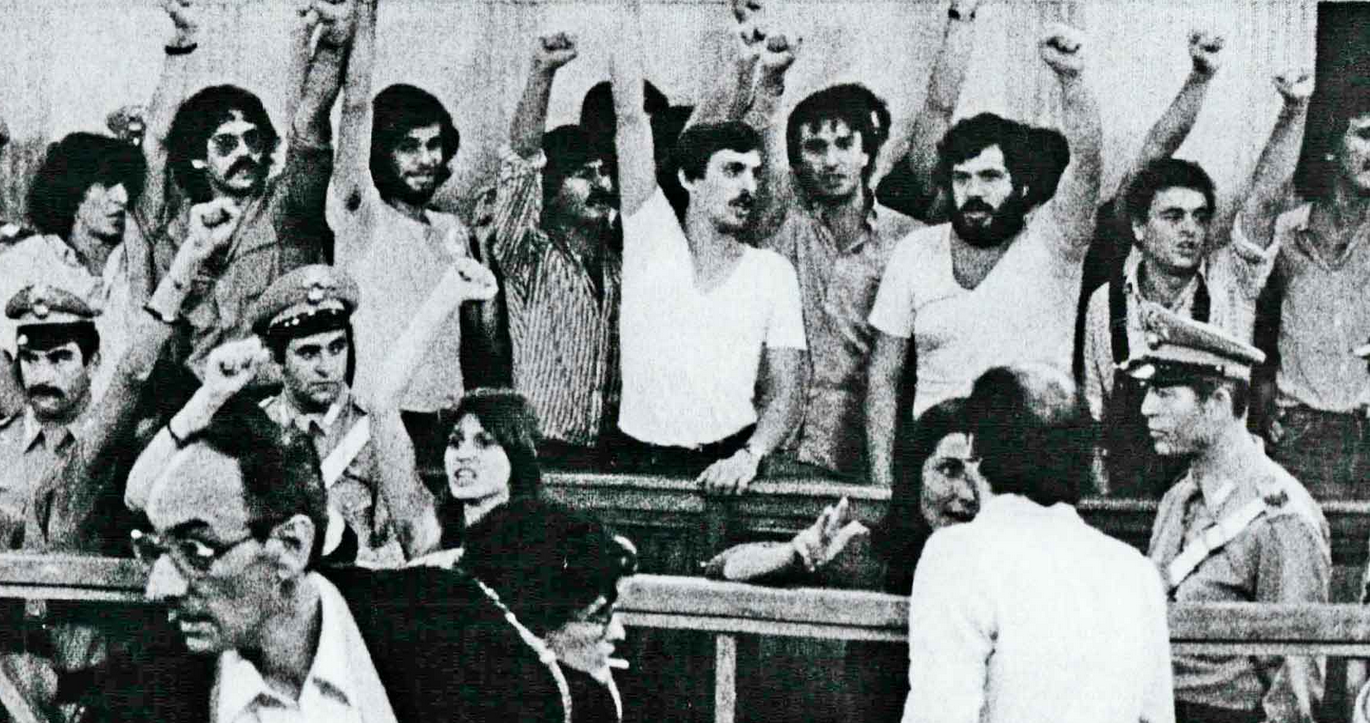 They say that in certain moments taking a clear position is both necessary and helpful. Well, this is one of these moments. The question which we are interested in confronting within the limited space and constraints of a journal, is the development and the contradictions of the communist armed struggle in our country. The occasion is given by the events of Genoa and Milan or better put, by the deaths of a “qualified” worker of the PCI and an “equitable” administrator of capitalist justice; namely by two military actions against representatives of domestic revisionism.

For us, these actions were not correct. Not so much on account of the targets, two functionaries of the social machine of anti-proletarian control, rather precisely because of the extent and the state of health of this machine and its articulations within civil society. Therefore, we are interested in beginning a discussion on the political positions of the comrades of the “combatant party”.

Point One-If for us as for these comrades, the essential element in the rupture with revisionism and for the exit from the revisionist political lines, which have for decades if not always been present and dominant in the workers movement, as for any possible scenario of revolutionary workers power, is to be found in the choice of armed struggle as a terrain; then likewise from this theoretical and practical conquest which is irreversible for us, there is derived the problem of how to organize the armed struggle within a historical perspective of liberation from capitalist exploitation.

Indeed, if the class enemy derives his power and his social dictatorship from the exercise of command over labour, this command is not only fed by military strength, but also by the social and mass character of such strength.

To the enormous monstrosity of the bureaucratic-military apparatus of the Multinational Capitalist State corresponds the complexity of class relations, among the classes, in a late capitalist country, with the extension, articulated and rooted among proletarian strata, of the presence of revisionism, with the function of the control of proletarian consent to the rule of bourgeois legality.

Revisionism, which if it is a negative product of the class struggle is still internal to the class.

Therefore, the armed struggle only gains the characteristics of universality, if it is inserted within a political and organizational trajectory linked to a strategy and tactics grounded within the resolution of all the issues noted above.

We think with Lenin that “the proletarian party can never consider partisan warfare as the only or even the main means of struggle” and that “this means must be subordinated to others” and that “without this last condition, all, absolutely all means of struggle are perverted and prostituted in bourgeois society.”

Point Two-The defeat of the “Berlinguerian clique”, if it is to be a proletarian victory, from our perspective, cannot be the result of anything but the ideological-political, human and organizational crisis of the historical workers movement, of its hoped for collapse.

Revisionism in its structure and framework is born and grows in a subordinate position to the “capitalist world”. To transform it, therefore means to smash it.

Smashing it is certainly not leaping, without mediations within the line of combat, from a level of ideological critique to one of summary justice.

Even if they are pigs, spies, thugs of the bosses and scum compromised by the capitalist regime, the revisionists still possess a mass social character, leading majority strata of the proletariat, and therefore at the moment, in this period are capable of inducing confusion, mystification, anti-communist hysteria, and above all a dangerous reversal within the class of a correct assessment by workers and proletarians of the proposals and the possibility of the communist project of combat against and liberation from capitalist exploitation.

Alongside a program of organization, identification, exposure and appropriate militant response to the compromised revisionists, it is necessary to simultaneously develop as a priority, the practical and public political critique of their policy on the terrain of real class contradictions, on the real state of the balance of forces in this period between the proletariat and capitalism, in the factory, in the sectors of social production and in the territory.

Force revisionism to engage on the terrain where you want to fight the battle: this is the principle task of the communist vanguards today.

Point Three-To implement all this, there is a need for a deployment of revolutionaries whose characteristics are not simply reducible to the “clandestine dimension”.

That is, to a framework of militancy which is useful in the fulfilment of well specified functions of a mature communist organization, yet to be built, but insufficient and deviant if it is not immersed within a much broader organizational articulation.

We are no longer in agreement when one possible aspect of an organization, as Lenin pointed out before, comes to assume a character of universality in the resolution of questions and of the necessity of organization. Dialectically situating the contradictions between clandestine and non-clandestine militance within the communist movement has been useful in recent years. In that exceptional laboratory which is reality itself and the continual movement of things, there has developed within their limits, all the energies, the possibilities and the experiences of communists during a long period in which the preconditions did not exist to contain them within the discipline and homogeneity of a unitary organizational and programmatic trajectory.

We can all agree that the armed struggle in our country, with the different forms it has assumed, and the various modes of combat adopted, is an objective and subjective result of the years and years of worker struggle and of exceptional resistance to the capitalist plan for the restructuring of the relations of production and reproduction between the classes.

Better, today, to recognize that all this is not enough.

The communist subject must be disciplined within a central project of organization capable of “arming” itself to disarticulate the entire command and control arsenal of the capitalist state. The movement must be enriched by the complexity of the problems involved; it is necessary to operate in such a way that it is strengthened and can endure and accept the capitalist challenge on all the terrains where it relates to class conflicts.

In other words the construction of a combatant cadre only in order to continually fulfil the possibility of wounding or executing a class enemy does not interest us, if it does not work towards or it works against the establishment of a total qualitative difference within the collective communist subject; a differentiation, if we may say so, from the qualitative totality of the reformist subject.

Therefore, a line of combat within the practice of the proletarian program on the territorial level, within the experience of mass illegality. Movement as the subjective network of a proletarian power which increases through the use of force, increasingly proportionate to the possibility of leaps and for exertion of and within the whole of proletarian subjectivity. Therefore an articulated and complex practice of armed struggle. You cannot, comrades, you simply cannot ghettoize, future proletarian potentialities, primarily, only within one modality of waging struggle.

The style of work of the communists, must from now on be an internal matter for communists and within their work, because it concerns the criteria and the fundamental laws of party construction. It demands the rapid abandonment of all those positions which block/obstruct a process of unification of all the proletarian vanguards in our country.

If, unfortunately certain comrades continue to push on the accelerator, towards a drastic alignment of positions, between the components of the communist movement engaged in different modes of struggle, in a misguided and increasingly false and artificial opposition, then we on our part must take an increasingly clear distance towards them, with a sharp political battle against these positions.

In fact, the continued further advance of the work of the communists of the different revolutionary organizations will be productive if it takes up the tasks and responsibilities of a new period, this time more complex and mature.

Organized workers autonomy reckons not only with the acceleration of the military pressure of the state on the organization, but also with the problems and difficulties linked to a renewal of the proletarian initiative of the vanguard and the masses.

What interests us is a communist collective subject which is ‘politically recognizable’ to proletarians, and not only through newspaper reports and without trappings and disguises which muddle the substance of your discourse (in this case, by trappings we are by no means referring to security norms and other questions).

It is necessary to discipline ourselves within a difficult and complex unitary effort, of organizational and programmatic construction. Homogeneity, comrades, must be sought and stubbornly willed. But to be direct. Wounding must work in favor of blocking the factory department, of the capacity of the revolutionary movement to disarticulate the territory, area by area, with the first exercise of revolutionary counter-power. And vice versa.