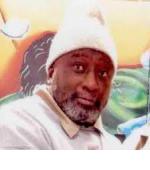 1: How did you come by your current name and how old are you?

The name Kojo comes from my comrades in arms. It means unconquerable, my full name is Kojo Bomani Sababu which means “unconquerable warrior, one who takes the people to heart”, our names, derived from African roots were adapted as inspiration. I am currently 54 years old, born May 27th 1953 in Atlantic City New Jersey.

2: What caused you to accept revolution in a country where so much is offered?

I grew up in a turbulent time in America where racist oppression and repression of New Africans was in vogue, and a great deal of political agitation occurred in the New African communities. Thus I heard speeches by Malcolm X, Elijah Mohamed and so forth and listened intently to their words. As a result I made a transition in my young life as I began to understand what was taking place around me from a nationalistic perspective. The deeds of the Black Panthers pushed me to act.

3: was your life hard or difficult?

With the exception of the loss of my parents, life was not so difficult, in 1962 my father died coming home from work, in 1964 I was devastated with the murder of my mother. She was a guide for me, emphasizing education as a tool with which to change society, so her death caused me a pain I still experience. However her advice, that I learn all that I can, still resides within me.

4: How long have you been incarcerated?

I was captured on December 19th 1975 along with the anarchist Ojore Lutalo during a bank expropriation, subsequently other charges were added in relation to the elimination of social parasites from New African communities, ie drug dealers were killed, so I have been interned since that time. The war on drugs was started by New African liberation forces not the US government.

5: Your incarceration over all these years has lead you to see many changes in the struggle, what do you now think of the struggle in America?

The struggle lost its popularity because the contradiction between the oppressed and their oppressors became blurred, people think everything is resolved by having money, so it was made available by the oppressor. Now the torch bearers who articulated the logic of struggle against the oppressor nation have either been confined in prison cells for a long time or have a comfortable job. This is no indictment against the movement itself, because just as rapidly as it declined, it can experience a great resurgence given the right opportunities. However we must make great strides, reorganizing ourselves to embrace the difficulties we face. I have no solutions but I will say this: There are some great political minds contained in America’s prisons, which are growing old as their era of life departs, this resource needs to be tapped before it expires. Do not abandon the political prisoners and POW s, they are still insightful with their knowledge and experience.

6: Is there a statement or message you would like to pass on?

Yes! Immerse yourselves in learning to apply current technologies to organizing. Your problems, your advances, your struggles can become international in seconds so blog constantly, equip our movement with a new voice, use admirably what is used against you. We have had setbacks due solely to our arrogance, our refusal to change and modify our approach. We have to rebuild our resources by seeking effective new ideas, if we commit to that, I believe we will be successful.

7: Would you do it all over again?

Of course, anytime. Free the land, build to win!