You are here: Home › area of autonomy › 1978: A New Stage in the Class War? out from Kersplebedeb 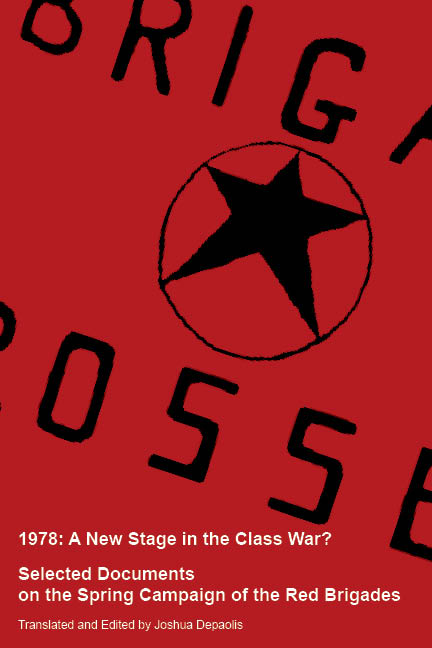 “Due out in July 2019 from Kersplebedeb, 1978: A New Stage in the Class War? Selected Documents from the Spring Campaign of the Red Brigades, presents for the first time to English language readers a selection of documents on the strategic logic and conjunctural analysis behind the 1978 offensive of the Red Brigades which brought that organizations strategy of “attack on the heart of the state” to a climax and induced a national political crisis. The book includes:

– the February 1978 “Resolution of the Strategic Leadership” which presents the BR strategy of protracted armed struggle in the context of their analysis of the “imperialist state of the multinationals” and of the class composition of the Italian social formation.

– The nine communiques issued by the group during the captivity of Moro.

– The editorial “Achtung Banditi” from the June 1978 issue of the Marxist-Leninist journal Corrispondenza Internazionale which sharply criticizes the strategic line of the BR from a revolutionary perspective sympathetic to armed struggle.

– The March 1979 document “The Spring Campaign: Capture, Trial, and Execution of the President of the DC, Aldo Moro” which further clarifies what the BR meant by the “heart of the state”, criticizes the “anti-political” alternatives offered by elements within Autonomy and extensively discusses their understanding of how the national crisis developed as a result of their action.”