You are here: Home › area of autonomy › Brief History of the Red Brigades-Guerrilla Party 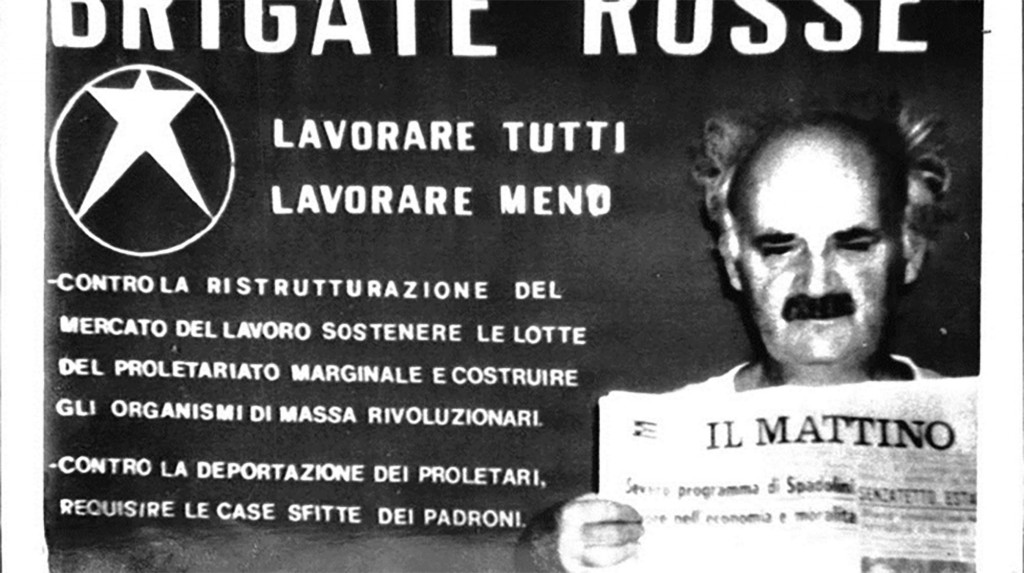 Following the detention of the judge Giovanni D’Urso (December 12, 1980-January 1981), the political debate already ongoing for some months between the Prison Front and the Naples Column on one hand and the other articulations of the Red Brigades on the other, experiences an extreme radicalization.

The Prison Front and the Naples Column, supported by one member of the national Executive of the BR, decide to independently carry out some initiatives:

-The detention of DC council member Ciro Cirillo, in the course of which two members of his security detail, Mario Canciello and Luigi Carbone are killed (Naples, April 27, 1981), which ends with his release following a ransom payment, on July 24, 1981.

-The Peci Campaign launched in San Benedetto del Tronto (AP) with the detention of his brother Roberto on June 10 and ending with his execution on August 3 in Rome.

The decision to independently carry out these operations, established the separation of these parts of the BR from the remainder.

In the Summer of 1981 the BR Executive meets with the Prison Front and the Naples Column, to examine the possibility of resolving the contradiction, but the attempt fails.

The split, however, only becomes authentically official in September of that year. In December of 1981, this regroupment issues the document “Founding Thesis of the Guerrilla-Party” under the name Red Brigades-Guerrilla Party.

The basis of the theoretical orientation is the assumption of total and absolute enmity between the classes, which appears in the metropole as a conflict which traverses all social relations.

The Red Brigades-Guerrilla Party, because it believes Italian society to be closely approaching a phase of creeping civil war, advocates the adjustment of the revolutionary forces to this level of conflict. Their proposal of armed intervention for the “liberation of the proletarian prisoners” receives widespread support from imprisoned militants.

On January 4, 1982 the BR-PG suffers a serious setback from the arrest of many militants and leaders.

In the following months its activity is restricted solely to Naples and Turin.

In Naples it intervenes with:

-The assassination of the regional councilor on vocational training, Raffaele Delcogliano, and his driver Aldo Lermano (27-4-82).

-The assassination of Antonio Ammaturo, deputy commissioner and head of the mobile unit and his driver Pasquale Paola (15-7-82).

On July 27, 1982, the militant Ennio Di Rocco, who collaborated with police after torture following his arrest, is killed in Trani prison.

The execution is claimed in a flier signed by “Proletarian prisoners for the construction of the revolutionary mass organism in Trani Camp”. This is followed on the 30th by a telephone call to the daily newspaper Vita in which responsibility is claimed by the BR-PG.

On August 26,1982 in Salerno, the BR-PG attacks a convoy of conscript solders in order to seize weapons. During the firefight, police officers Mario De Marco and Antonio Bandiera, and conscript solder Antonio Palumbo are killed. Along with this action, the BR-PG claimed responsibility for the arms seizure carried out August 19, 1982 against the Radio-transmission Center for military Aeronautics in Rome.

On October 21, 1982, the BR-PG kills security officers Antonio Pedio and Sebastiano D’Alleo during a raid on a branch of the Bank of Naples in Turin and distributes a communique denouncing one of its own militants as an infiltrator. These allegations are not substantiated.

Between November and December of 1982, the remaining militants outside of prison are arrested.

The State investigates 147 people for activity connected to the BR-PG.