You are here: Home › area of autonomy › Brief History of the Walter Alasia Column of the Red Brigades (BR-WA) 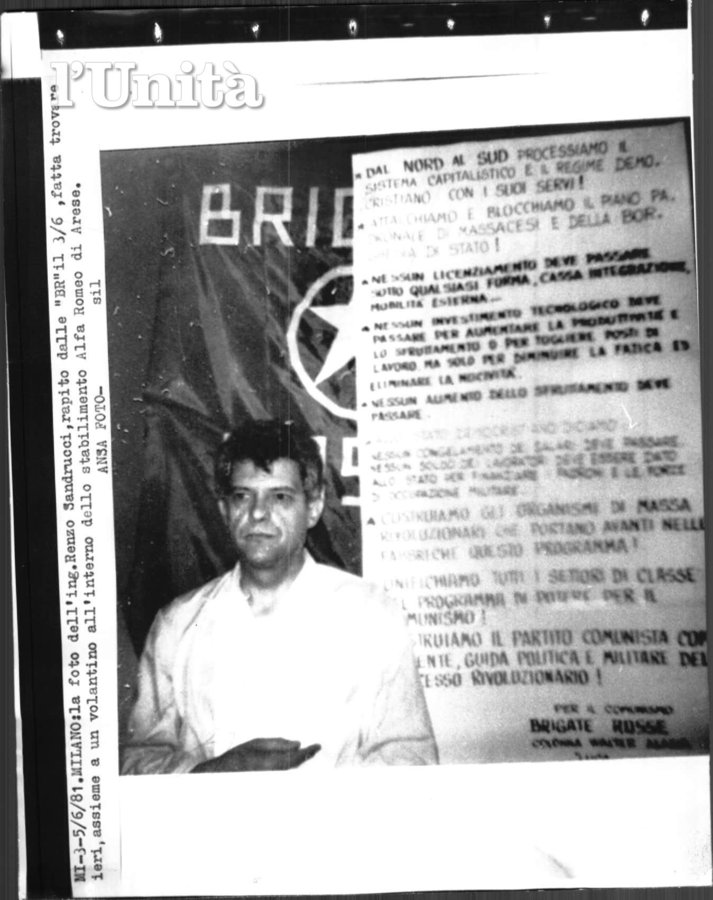 In December 1979, the Red Brigades determine their position on the worker question and distributes booklet no.9 “On the Large Factories”. The Walter Alasia Column in Milan does not endorse the thesis set out in this document and refuses to distribute it, in the same month producing its own document titled “The Factories”.

In the Summer of 1980, the conflict between the column and the central organization becomes exacerbated, and not even the July meeting in Rome of the strategic Directorate can resolve it.

After around a year of tense and involved political confrontation with the executive of the BR, the Walter Alasia Column decides to independently carry out an action against Renato Briano, personnel director of Magneti Marelli, on November 12 1980.

This initiative, which actually marks their departure, is consolidated on November 28 1980, with their action against Falk technical director, Manfredo Mazzanti.

The BR responds to this action in booklet no.10, announcing the expulsion of the column. On December 11 1980, Walter Pezzoli and Roberto Serafini, militants of BR-WA are ambushed and killed by a special unit of the carabinieri in Milan.

On the occasion of their action against the health director of the Milan Polyclinic Luigi Marangoni (17- 2-81), the Hospital Brigade Fabrizio Pelli clarifies their position on the problem of intervention in the service sector in a booklet entitled “Attack the DC, the primary culprits of hospital restructuring”.

On June 3, 1981, the BR-WA detains the engineer Renzo Sandrucci, production director at Alfa Romeo, he will be released on July 23, 1981 outside of Marelli.

During the Sandrucci Campaign, aside from the pamphlets documenting his interrogation, several documents are released:

–Attack the counter-revolutionary scheme of multinational capitalism at its heart: the factory, June 1981;

–Contribution to an elaboration of the political line, July 1981;

–The campaign in the factories: August 1981;

–Summation of the Sandrucci Campaign: Autumn 1981;

In December 1981, the BR-WA disseminates their first strategic Resolution.

On November 12, 1982, during an operation which results in the arrest of four militants in the Cinisello Balsamo district of Milan, Maurizio Biscaro dies in a fall while trying to escape arrest.

Having seen a succession of arrests in 1982, despite the distribution of the document One More Step in January, 1983, the history of the organization ends in February of that year.

The State investigated 113 people for involvement in the activity of the BR-WA.