You are here: Home › anti-fascism › Social war in Italy-January 1976 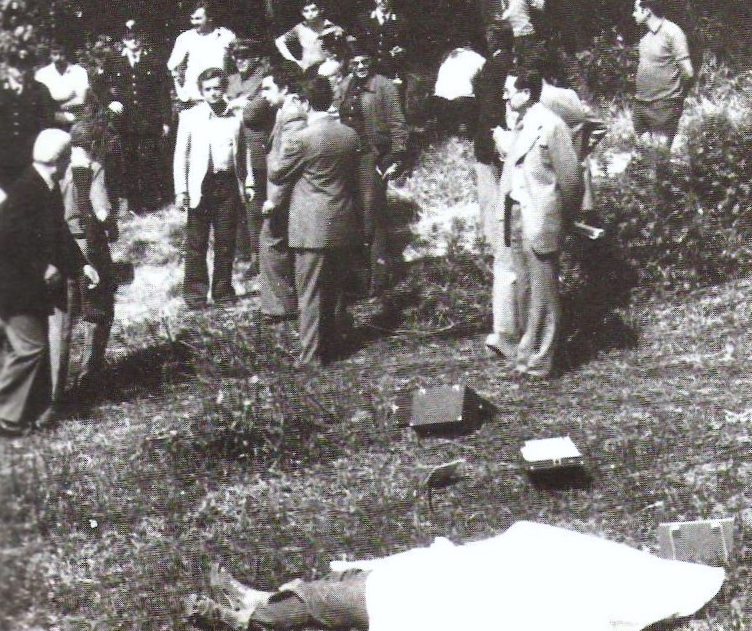 Alessandria: Massimo Maraschi, the Red Brigades militant implicated in the Gancia kidnapping, and tried in Alessandria for the Cascina Spiotta shootout in Acqui (in which Red Brigades founding leader Mara Cagol was killed), sentenced to thirty years imprisonment. The ruling will be annulled on appeal in Turin a year later.

Rome: Some Molotov cocktails are thrown at the carabinieri barracks in San Basilio during the night.

Milan: Attack with incendiary devices on the carabinieri barracks in the Quarto Oggiaro district. The action is claimed by the Red Brigades in a telephone call.

Genoa: Two carabinieri barracks attacked minutes apart with incendiary devices and explosives in the Molassana and San Teodoro districts. Five vehicles are destroyed. The action is claimed by the Red Brigades in a communique asserting solidarity with political prisoner Massimo Maraschi.

Padua. Giuliano Carbone, 20, a militant of the extra-parliamentary left, is attacked and stabbed by a group of neo-fascists.

Milan: The police arrest Renato Curcio (founding leader of the Red Brigades) and his companion Nadia Mantovani. Following the tracks of Mantovani and a 127 with false plates the carabinieri discover a few safe houses in Milan. First, Vincenzo Guagliardo, Silvia Rossi Marchesa and Angelo Basane are arrested. They are found in possession of weapons, false identification and licenses and one and a half million in cash.

Points of support for the Red Brigades are discovered in San Donato, via Pantaleone and San Giuliano. Following which, Giuliano Isa, Adriano Colombo and Antonio Morlacchi are arrested. Curcio is injured during his arrest.

Padua: The police attack a peaceful demonstration of the Radical Party in favor of abortion rights.

Naples: The police attack a demonstration of the unemployed with tear gas.

Genoa: Molotov cocktail attack on the building housing the police of the first district. The action is claimed by the hitherto unknown group “Autonomous Thieves Committee”.

Genoa: Two members of a group calling itself “Armed Struggle for Proletarian Power” are arrested while attempting to carry out an attack on administrative offices of the Catholic Church.

Arezzo: Arrest of Giovarmi Gallastroni and Mario Morelli, members of the fascist paramilitary organization FNR (National Revolutionary Front) for bomb attacks on the Rome-Florence railway line in December 1974 and January 1975.

Milan: Criminal inmates attack political detainees held at the San Vittore prison with the complicity of prison authorities. The Red Brigades issues a communique referring to this incident and the arrest of Curcio the following day.

Rome: The magistrate Pietro Margariti who deals with prisons and the transfer of detainees is shot in the leg, The action is claimed by the “Sergio Romeo nuclei” of the NAP. The communique accuses Margariti of responsibility for the attempted murder of prisoners during the Rebibbia uprising in August 1975 and many incidents of anti-proletarian repression including the attack described above.

Rome: Street fighting between protesters against unemployment and fascists of the MSI

Rome: Police use live ammunition and tear gas to prevent students from attacking a district office of the MSI.