You are here: Home › area of autonomy › Brief History of Red Guerrilla 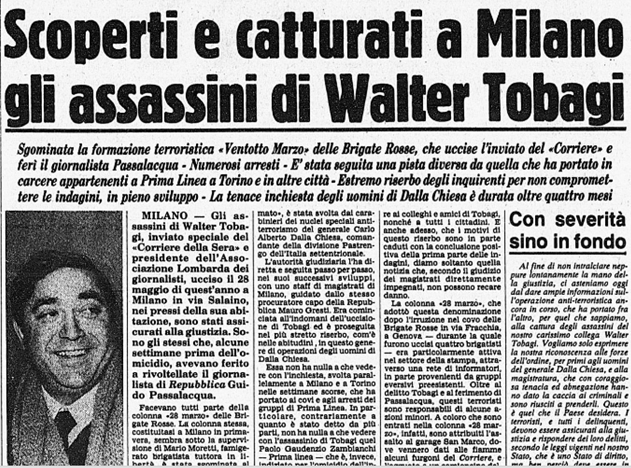 In the Milan area some militants coming out of the experiences of the Communist Brigades and the Combatant Communist Formations, interested in deepening the analysis of the apparatus of information and intervention deployed against them form Red Guerrilla in the Spring of 1979.

This formation carries out some minor sabotage actions in 1980, but decides to dissolve following the killing of four Red Brigades militants by a special police unit in Genoa. Some former militants of Red Guerrilla, along with others from diverse backgrounds join together to form the March 28th Brigade.

In October 1979 within the area of influence of Red Guerrilla, the Antonio Lo Muscio Brigade is formed named after the militant of the Armed Proletarian Nuclei, Antonio Lo Muscio executed by the police on July 1st 1977 in Rome.

One of the objectives of this Brigade (made up of a few inexperienced elements) is to link up with the Red Brigades and the Proletarian Movement of Offensive Resistance. Aside from some failed expropriations, the Brigade also kidnapped a militant of Autonomy in Milan accused of publicly disclosing information detrimental to the armed organizations.

In October 1980, with the wave of arrests followed by the capture and collaboration of Marco Barbone and Rocco Ricciardi’s infiltration of the 28th of March Brigade, this formation ceases to exist.